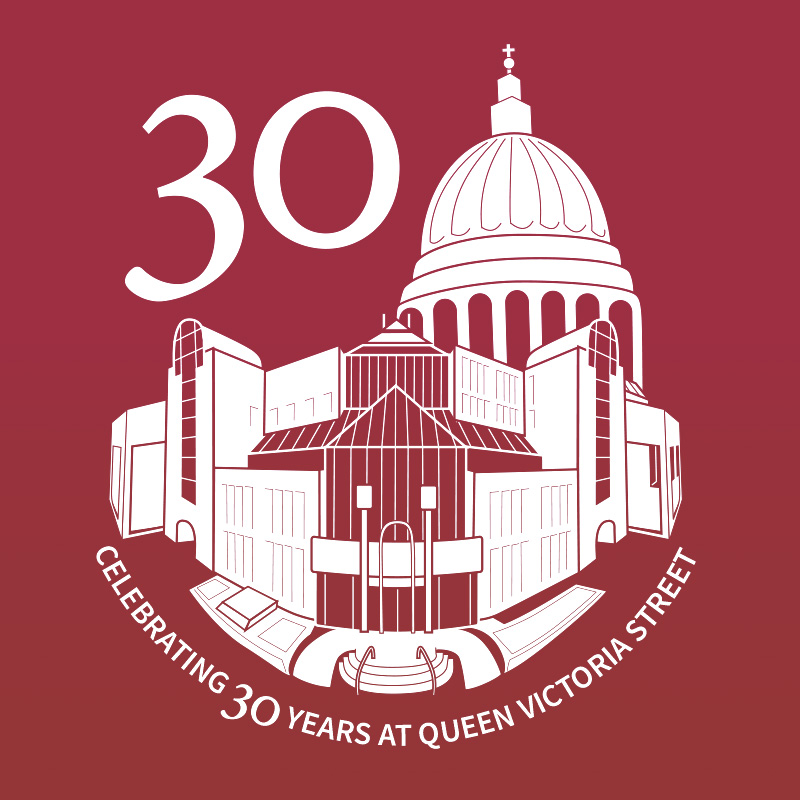 On the 19th March 1987, following decades of planning, the new School building was officially opened by Her Royal Highness, The Princess Royal. To mark the occasion, the School organised exhibitions and music recitals in her honour. This collective effort must have impressed, as twenty-five years later in 2011, she returned to view the growth of the school which, included the new Science Laboratories and significantly smaller computers!

Designed with constant progress in mind, all the internal walls of the school are removable allowing for adaptation and development when necessary. Indeed, this year sees the grand opening of the new Library, The Levene Learning Centre, allowing students to conduct research both collaboratively and independently, all the while overlooked by the inspirational buildings surrounding us. The School’s commitment to progressive thinking and positive contribution both to it's pupils and the world around them, means that there’s much more to come in the next thirty years! ​

Take a look at the programme from the day Her Royal Highness, The Princess Royal first came to CLS.

This is the third site the School has sat on in the City.

Enlarge
back to news