This year’s Holocaust Memorial Day commemorated 75 years since the end of the National Socialist atrocities. The theme was ‘Stand Together’ and as ever a week-long programme of activities was organised to remember and continue to educate about genocide of any kind.

Holocaust Survivor Gerald Granston spoke of his fate on the cruise ship S.S. Louis on its voyage from Hamburg for Cuba with 980 Jewish passengers on board in flight from Nazi persecution. Despite being in possession of landing certificates, the refugees were refused entry by Cuba, America and Canada. Ultimately, Britain, France, Belgium and Holland each agreed to take some refugees. Three months later World War Two broke out. At its conclusion six years later, 60% of the passengers were dead. Gerald’s message to the audience in the Great Hall was this: “Never condemn people for what you think they are but respect them for what they really are. Get to know people; they are just like you’. Reporting on the talk for CLS’s weekly pupil paper The Citizen, Senior Sixth pupil Louis commented: “It was a great privilege to be able to listen to Gerald Granston’s story, a very impressive talk that highlighted the importance of learning from survivors. His final message was to emphasise our role as young people, the growing generation, to learn and spread the history of the Holocaust. Never again.”

On Friday the pupils attended a survivor webcast in which Susan Pollack was interviewed by actor Tracy Oberman.  Susan was born in Hungary and was deported to Auschwitz-Birkenau. She survived working as a slave labourer and was sent on a death march to Bergen Belsen where she was liberated by British Forces on 15th April 1945. She spoke movingly not only of the horrors she survived, but also of her survival to live a full life after the Holocaust ended. This was followed immediately by the School’s annual Holocaust Memorial Ceremony.

The rationale behind all the events organised is to get beyond the impersonality of statistics. By ensuring that young people connect with the victims of the Holocaust is by focusing on the experiences of individuals it is possible to put a human face to history and engage with the experiences of the survivors. 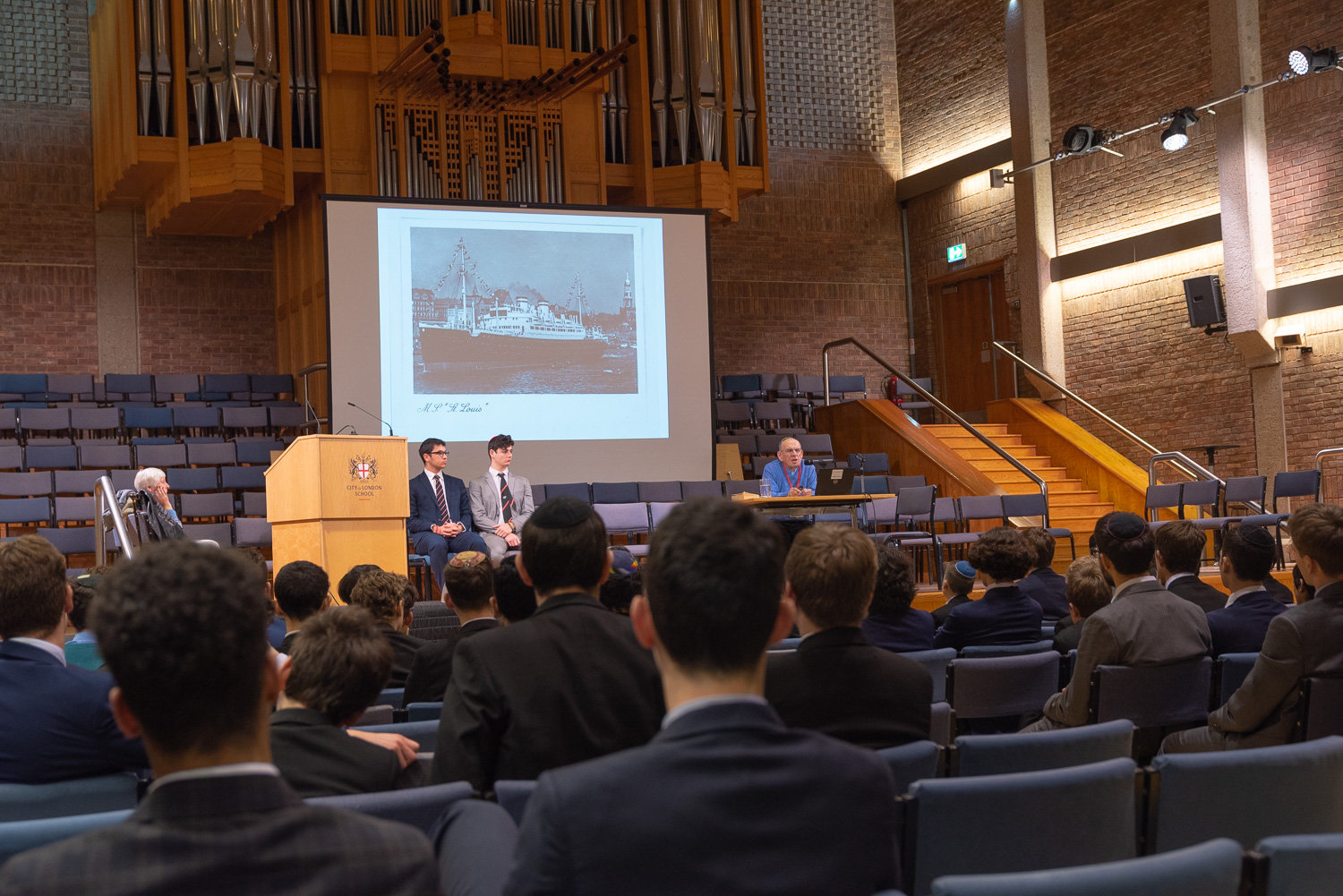